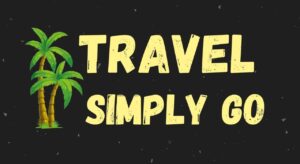 A GUIDE TO DISNEYWORLD, FLORIDA – INTRODUCTION

A guide to Disneyworld Florida USA, gives readers a fair idea of the parks. Disneyworld parks were established by Walt Disney almost half a century ago. They are one of the largest and world famous theme parks. Universally loved not just by children and youngsters but people of all age groups, a visit to these parks is an out of the world, magical experience. You are transported to a fairyland, where there is fun and entertainment all around .

`Disney vibes’ can be felt from Orlando airport itself , seeing your familiar Disney icons – Mickey, Minnie, Donald and not to be missed the famous Disney store. A fleet of Disney designed buses and shuttles for the convenience of tourists.
Disney parks have been made on an unbelievably massive scale and boasts of three main Dysney parks – Epcot, Magic Kingdom and Animal Kingdom. A surprise at every corner, excitement all around , people have a great time here.

A GUIDE TO DISNEYWORLD, FLORIDA – PARKS 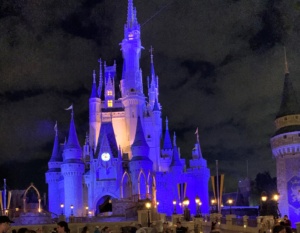 By far, this is the top most theme park in Disneyworld and the most popular amongst children. It surely connects us to our childhood. Featuring Cinderella’s Castle at the centre of the park, this is the place where live shows are held twice a day and a magnificient fireworks and a musical projection show in the night!!

Grand parade, featuring Disney and other cartoon characters take place twice in a day along the Main Street leading from the Castle. These are absolutely not to be missed events in Magic Kingdom. Haunted Mansion is truly scary and is definitely not for the weak hearted!
Magic Kingdom is further divided into three main pockets, each having a particular theme.

Fantasyland , as the name suggests has the theme of fairies, and classical animated movies. Meet Disney characters like Elza, Anna , Snow White, Mickey, Minnie, Goofy, Donald. Sing along, as the boat moves forward on the ride`it’s a small world’ .
Tomorrowland has a futuristic theme, and all the rides and simulators are based on that. Take a fast ride into space in the thrilling rollercoaster – the `Space Mountain’ . Enjoy many more such euphoric rides that pump up the adrenalin!

Adventureland, is all about forests and animals and resembles a mini forest, complete with a river. Even the staff wear khaki uniform to add to the authenticity. A boat trip on the river is worth the experience as it is full of fun and adventure. The lady at the wheel, who was our guide, had guests in splits with her witty jokes.

Along the way you encounter dangerous wild animals (though thankfully not the real ones) . Then there is an amazing tiki show ( a musical bird show) in the Tiki room at Adventureland.
It is incredible and to the sheer delight of children, whole lot of items sold in Disneyworld are in the shape of Mickey-Minnie’s ears – ice-creams, lollies, popcorn bucket, hair band, key chains . The Disney store in each of these parks have awesome souvenirs , toys and clothes. 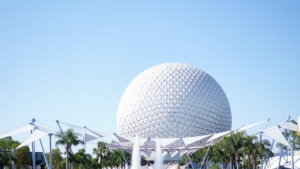 This Disney park has a lake at its centre , where the magnificent firework and a sound and light show happens in the night. Half of Epcot depicts different countries around the globe and their varied cultures, thus focussing on universal harmony. This is showcased in the form of music, dance, food and architecture, which is so interesting. The other half has rides and simulations based on the theme of science, technology, space and the future .

Animal Kingdom is based on the theme of the jungle . This is one of the quieter and greener parks and my personal favourite too. Within the park there is a wildlife sanctuary , guests can take a jeep trip to closely see wonderful wild animals roaming about freely . The rustic, tribal bonhomie of the surroundings are fascinating in Animal Kingdom. One of the attractions that gave me the high was the Kali river rapids, in which you plunge down treacherously from a topsy, turvy cascading river. Other attractions here include the vibrant, colourful `Finding Memo’ Puppet show, Tree of Life show and many more.

A GUIDE TO DISNEYWORLD, ORLANDO, FLORIDA

1. There are a plethora of great hotels close to the parks, it is highly recommended to stay in these – Dolphin, Swan, The Art of Animation to name a few. All of these hotels are in close proximity to Disneyworld and provide free of cost conveyance (bus, ferry or cable car) to and from the parks.
2. To avoid waiting in the serpentine ques for most of the rides and shows, it is highly recommended to book fast pass tickets prior to your trip. This would give visitors more time on hand to explore the entire park.
3. Wear comfortable clothes and shoes as these parks are spread over huge areas and walking is inevitable. For the advantage of guests who cannot walk distances, electrical scooters can be hired.
4. As guests spend nearly the whole day in these parks and the weather being unpredictable, it is imperative to carry umbrellas and sunglasses.
5. Plenty of eateries and restaurants dot the parks , so there is no dearth of food and drinks.

Hope this blog on `A guide to Disneyworld, Orlando, Florida’ has been a great reading experience. Do leave your comments.

30 HISTORICAL THINGS TO DO IN LONDON